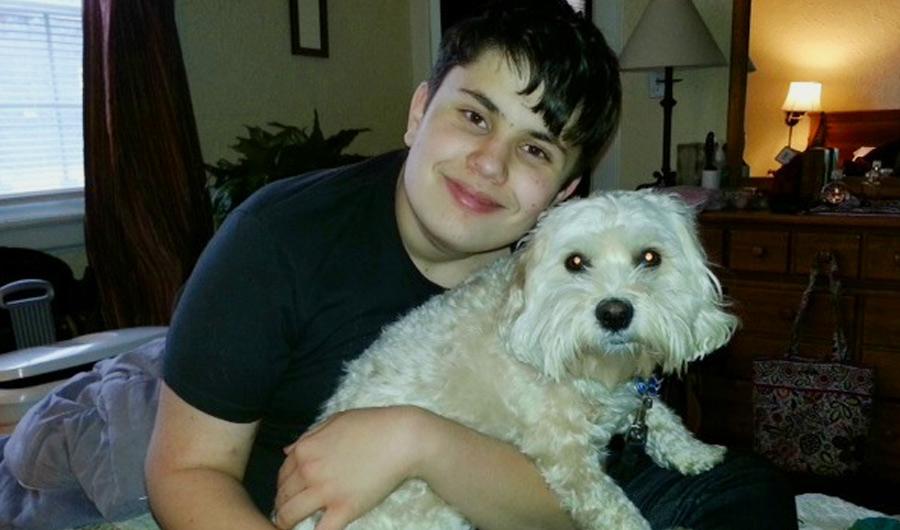 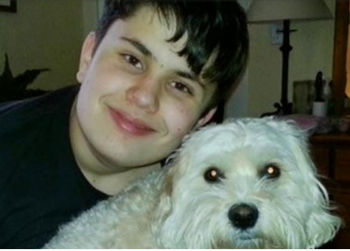 My kid has cancer.  That’s what I tell the highway patrolman when he pulls me over on my drive from New York City to Rochester. I was three hours into the six-hour drive, and it had just started to snow when the red lights swirled in my rearview mirror. I wasn’t even supposed to be making this trip until morning, but my son, Ali, is with his dad tonight, and I knew I wouldn’t be able to sleep anyway.

It’s past midnight, and my car is the only car on the road. I wasn’t speeding. I am sure of this. Speeding takes more focus than I had in me at that hour.

“No,” I say.  I wasn’t jumpy or apologetic.  I was just numb. Fed up. Sick and so very tired. Still wanting to know from God, from science, from doctors, from anyone how Ali, an enthusiastic, precocious sixth grader, could possibly have cancer.  Just a little pain, a twinge in his arm, he’d said. Nothing that would get in the way of him walking a puppy if he was to wake up Christmas morning and find one barking under the tree.  I wanted someone to explain how a child as relentless as Ali would soon join the ranks of the smiling, bald children on those commercials who look like they need so much more than you could ever possibly give.  Ali? My son?  The same kid who knew the meaning of sarcasm when he was three and walked around all day practicing, “Mommy, does this sound sarcastic? How about this?”  Sarcastic kids with dry senses of humor aren’t supposed to get diseases like cancer.  They get hit in the face with baseballs, soccer balls and dodge balls because they can’t catch.  The ironies of life are what a kid like Ali is supposed to struggle with. Not cancer. Where’s the irony in cancer?

“License and registration,” he says, tipping his hat back, still not telling me why I was pulled over.

I hand him my license. But my registration isn’t in the glove compartment or tucked in the visor as my father and my boyfriend always insist I do.  Maybe it’s on the floor?  Or under the seat?  No and no.  I still don’t know why I was pulled over, but with no registration now I’m pretty sure I’m getting a ticket.

I need time away alone to think, and maybe to finally feel what I haven’t been able to feel since my son’s pediatrician, on the back of the A&P receipt I shoved in front of her, wrote down the four possibilities she thought the pain in my son’s arm could be. She resisted at first. She didn’t want to worry me until all the tests were done and they knew for sure what we were dealing with. She wanted to spare me the hours she knew I’d spend, frantic, on Internet searches. But I needed to know.

She wrote down four possibilities, listed in the order of bad to worse. Infection was our best option, but the most unlikely.  The second best option: leukemia.  Then there were the last two on the list: osteosarcoma and Ewing’s sarcoma.

X-ray, MRI, a visit to an oncologist, more X-rays, blood tests, another MRI, biopsy…each test leads to another test, which is worse than the one before.  A bone scan: radioactive material is injected into my son’s skin. “For twenty-four hours avoid contact with pregnant woman and children,” warn both the nurse and technician.  Isn’t my kid a child? My child.  My baby.  A child who has to avoid other children? Is this where the irony begins?

“Where you coming from?” the officer asks.

“My son has cancer,” I say for the first time out loud.

“Osteosarcoma,” said the surgeon. The oncologist had already told us this, with the social worker at her side for moral support for us and maybe for her, too. Still, we were relieved to hear this news again. One week earlier this would have been devastating, but we had researched all the possibilities and this cancer, though aggressive, is treatable, curable and, thank God, localized in Ali’s right arm.  He is left-handed.

“Oh, well, the left is for passing only and you were riding in it for some time…” He pauses and holds his breath.  I’m looking at him, but he’s looking down at his pad. His pen is drawn, ready to make a move, but he lets out his breath and looks at me. “I did see that you were moving into the right lane when I pulled you over, so I’m going to let you go.  But stay to the right.”

For one split second my impulse is to scream, “I don’t want your pity!” Then I hear Ali’s voice, “Ma, are you crazy? Don’t get the ticket!  Use the money to buy me an Xbox 360 for Christmas!”

“Thank you, officer,” I say, and he smiles. It’s forced, but it’s still a smile.

As I drive off into the snowy night, to the tune of “Jingle Bell Rock” on the radio, I know exactly what I’m getting Ali for Christmas, and it’s not an Xbox 360. It’s the only gift one would get an 11 year-old boy just diagnosed with cancer—a puppy.

But cancer or no cancer, that kid is walking the dog.

Patricia Dunn is a novelist, creative writing teacher, and a Friends of Karen mom. “In December of 2010 my son Ali was diagnosed with osteosarcoma. In shock, and thinking I could do it all, I planned to keep working and manage everything else while he was in treatment. It didn't take long to realize I needed another plan. A plan that enabled me to be with my son full-time. He needed me. I needed him. We needed each other. The help we received from Friends of Karen made it possible for us to be together during what was the most difficult time in both our lives.

Ali is now in high school. He's healthy and happier than I've ever seen him.

There are some gifts that you can spend your whole life saying thank you for, and it still wouldn't be enough. The gift we received from Friends of Karen is that kind of gift. Still, I will keep thanking them for the rest of my life.”