A Connection Stronger Than Words 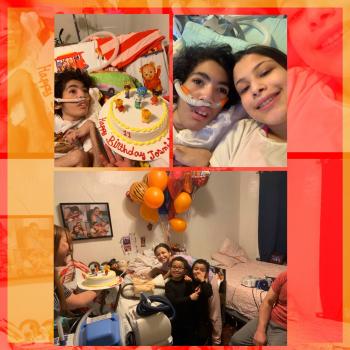 Little Fighter
Each of us have a story and each family at Friends of Karen has a remarkable one. The siblings we work with are often the unsung heroes; providing joy, connection and occasionally some good natured teasing to their brothers and sisters facing life threatening illnesses.   Adelin and Josniel’s sibling story is one of love, creativity and silliness. She describes her brother as funny, happy, a little fighter and sassy. When asked how Josniel might describe her she responded:” annoying, really weird and really funny.”  She has pet names for her brother calling  him handsome, honey bunny, and nino.
She finds a way
Because of his condition, Josniel and Adelin have never been able to verbally communicate, walk to school or run and play on a playground together.  Despite what might be seen as limitations, Adelin  describes them as normal siblings. “I like treating him like a normal sibling. I like playing around, annoying him and treating like a normal big sister. There are a lot of things that you think you can’t do with kids like him, but I find a way to involve him and do activities.”
Throughout his life, Adelin has made adaptations for her brother in an effort to connect with him. She has found a way to create art, she spends time reading to him, and watching his favorite show.
Adelin spoke about what it has been like for her to communicate with her brother who is nonverbal. “By his facial expressions I can tell what his opinions are, he also puts his thumb up and blinks.  Just yesterday my Dad and I were really being annoying to him. We kept asking him, who do you love more? My Dad and I were going back and forth, do you love me more?” He kept saying yes by blinking but eventually he got really annoyed and rolled his eyes and turned away."
Adelin is very sensitive to her brother’s needs. Just recently Josniel received a board game and Adelin found a way to engage her brother. “I know it wasn’t made for kids with disabilities. I was determined to involve my little brother in this game. I didn’t want to blind-fold him because then he would be afraid he was lost. So I blindfolded myself and took his little hand and had him guide me through and we played together!! I found a way to do it!”
Every Single Second Counts
One of the things that we admire so much in the Friends of Karen siblings is the wisdom they share with others. Adelin generously shares advice for other children in similar situations as her: “Do some activities with them because you don’t know how long you're going to have them. Sometimes they leave quicker than you think and sometimes they leave slower. Either way, every single second counts.“  Making it all count including milestones and celebrations, big and small.  Jonsniel celebrated his 11th birthday and Adelin thanks God that he has lived for these 11 years.
A Special String That Connects Them
For many siblings with an ill brother or sister, COVID has presented a new set of challenges.  These brothers and sisters have mostly been unable to visit their ill sibling in the hospital. Adelin understands the potential risks of COVID but she has felt a strong desire to see her very ill brother and with her own advocacy she has been able to do so at times. “Siblings have a special string that connects them. I know we aren’t their parents but they always have a connection.”  She worries about the next decline in her brother’s health and what a return to the hospital will mean for her being able to see him. She shared that she already has a script prepared for the hospital staff advocating for visitation.
And like so many times in her life we have no doubt Adelin will work tirelessly and think outside the box,  to find a way to connect to her brother. 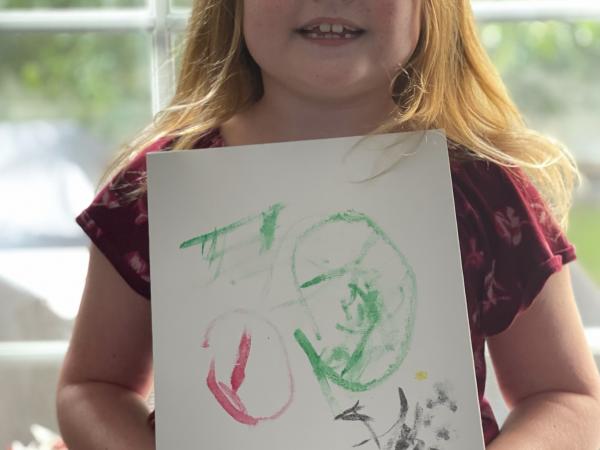 Throughout September the nation recognizes Childhood Cancer Awareness Month. At Friends of Karen we take...

The King of Friends Having Fun 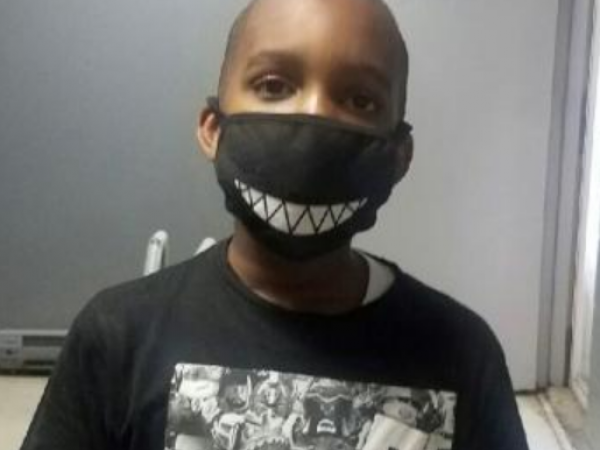 At the heart of the Sibling Support Program at Friends of Karen is the individual, sibling and family...
Nico, Nicolette & Matteo 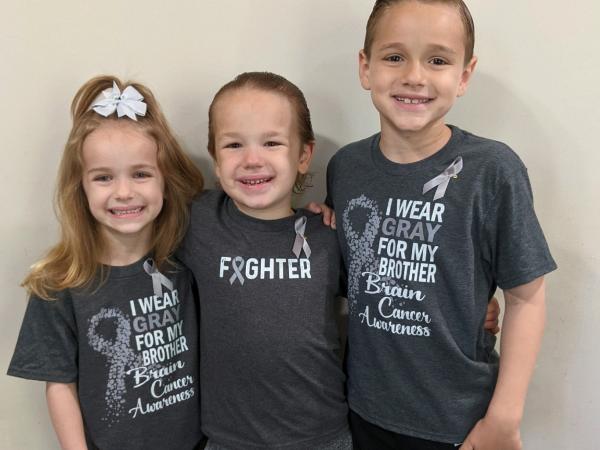 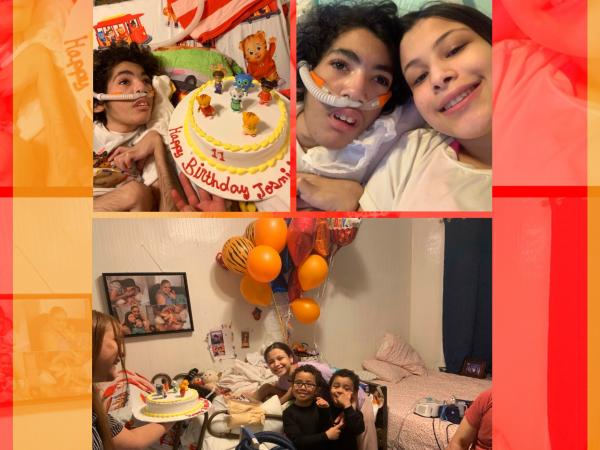 Little Fighter
Each of us have a story and each family at Friends of Karen...
END_OF_DOCUMENT_TOKEN_TO_BE_REPLACED 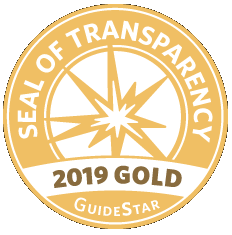