When Luke was a couple of months old we began a journey. We could never have imagined the fight that was coming our way. After several trips in and out of the hospital, Luke was diagnosed with Chronic Granulomatous Disease. CGD is an immune disease. Luke’s immune system is unable to fight bacteria and fungus. The only cure for him is a bone marrow transplant.
On February, 21, 2013 we left for Philadelphia where Luke would undergo his first bone marrow transplant at CHOP (Children’s Hospital of Philadelphia). He fought as hard as his little, sick, one year old body could. He tackled all the horrible effects of the chemo…the mucositis, fevers, shaking, hives, transfusions, feeding tubes, infections,…just to name a few. Then there was the waiting…the praying! We needed his body to start growing the new cells. Every day that went by without Luke having an immune system was terrifying. He would not be able to fight even a little cold.

Luke close up - resized for blog.jpg 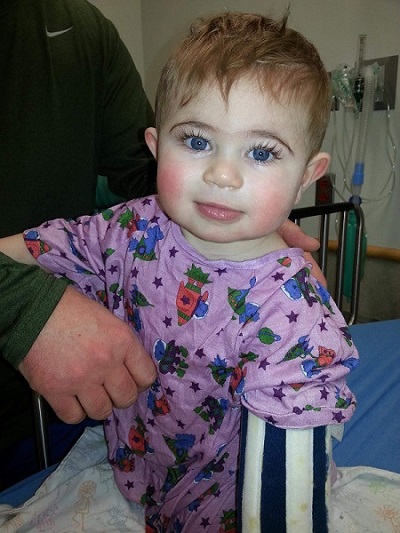 Luke with mask and mom in hospital - resized for blog.jpg 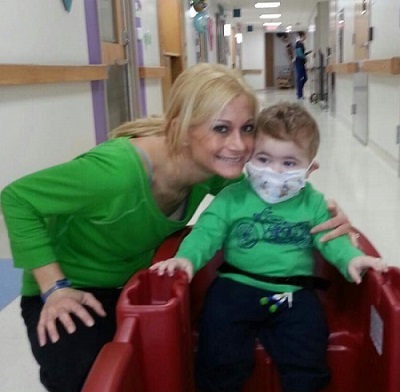 After several weeks of watching my baby boy fight for his life…it happened! Slowly his numbers started to rise. We did it! Well, we thought we had fought our way to a normal life. Instead we spent the next year waiting, hoping and BEGGING that his numbers would stay. They kept dropping and so did our hope for freedom for our smiley boy.
Here we are today...Luke is the sweetest, most gentle loving boy around. He finds happiness in everything he does. For the last 4 years he has lived a mostly normal life. He can't be around mulch, dirt, animals, still water, and he has the cleanest hands in town. Yes, we wash them ALL the time.  : )  He is on medicine to help protect him and he gets infusions once a month. Other than that, he plays soccer, baseball and basketball. He goes to gymnastics and swimming. He goes to school and he loves to learn and play with his friends. Luke enjoys nothing more than hugging and protecting his baby sister. Grace, now one and a half years old, brought a beautiful light into our lives. We have everything we could ever ask for...except one thing - the health of our little boy!

How am I going to explain to this child that he has to leave his friends, his school, his toys, his sister...HIS life!? How am I going to tell him he is going to be horrifically sick and stuck in a hospital for months? How am I going to split myself in half? I need to be with my sick little boy who will need me to fight harder than I even know how. I need to be with my beautiful baby girl who needs me to hug her and hold her and rock her to sleep at night. How will my husband work and be in Philadelphia where we need him for so many reasons? How will I leave work again when I have already relocated to Philadelphia once before? How will I watch Grace innocently give the most priceless gift imaginable (her own bone marrow) to save her brother's life? How will I find the strength to fight this nightmare again? I know too much now. I know what we are up against. I never wanted to look back and now we have to do it again. All these questions have been torturing me for years.

On September 1st 2016 I was sent my first angel. Yes, I believe Luke, Grace, John and myself will have angels with us every step of the way. This angel was Rhonda Ryan, a social worker from Friends of Karen. Her voice on the other end of the phone gave me peace in knowing we were not alone. All of my worries became her worries and that made space for me to focus on the only thing that really matters...the loves of my life…my precious children. That day, Rhonda made me feel like I could do this. A couple of months later she brought such happiness to Luke when she sent him the most perfect birthday gift. He still hasn’t stopped playing with it. Rhonda continued to help each one of us. She gave John (and me!) a sigh of relief when she lifted a pile of accumulated medical bills and when she told us how financially they were going to help us. She is helping us organize our hotel while we are in Philly. She has given me the words to explain to Luke what is going to happen to him.
We were also blessed to have Melissa Goldsmith. Melissa is a child life specialist with Friends of Karen who has been working with Luke and teaching him the reality of what is about to happen. Luke, if possible is braver than ever. He talks about his “vines” (veins) and he loves to have control over his situation. Thanks to Melissa’s help, he feels in control. We couldn’t be more grateful to have them on “Team Luke” this time. I wish I had made the phone call when this first began. We are not alone! We have help thanks to Friends of Karen.
We are blessed to have the love and support of so many people. The most wonderful thing about experiencing what we have been through is learning how wonderful people are. The love that we felt all around us is what got us through. We will do it again! This journey may not be over yet but here we come, ready to fight with our team of angels!
John, Nicole, Luke and Grace 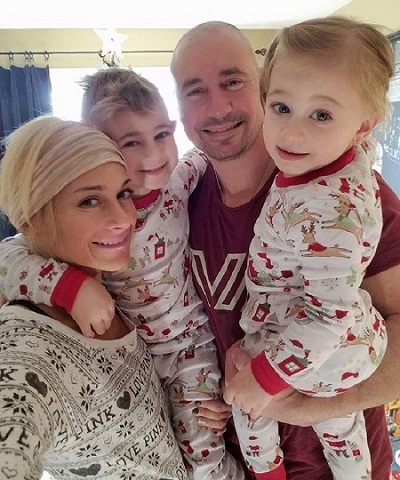