Click here to join us for our 2020 Virtual Gala 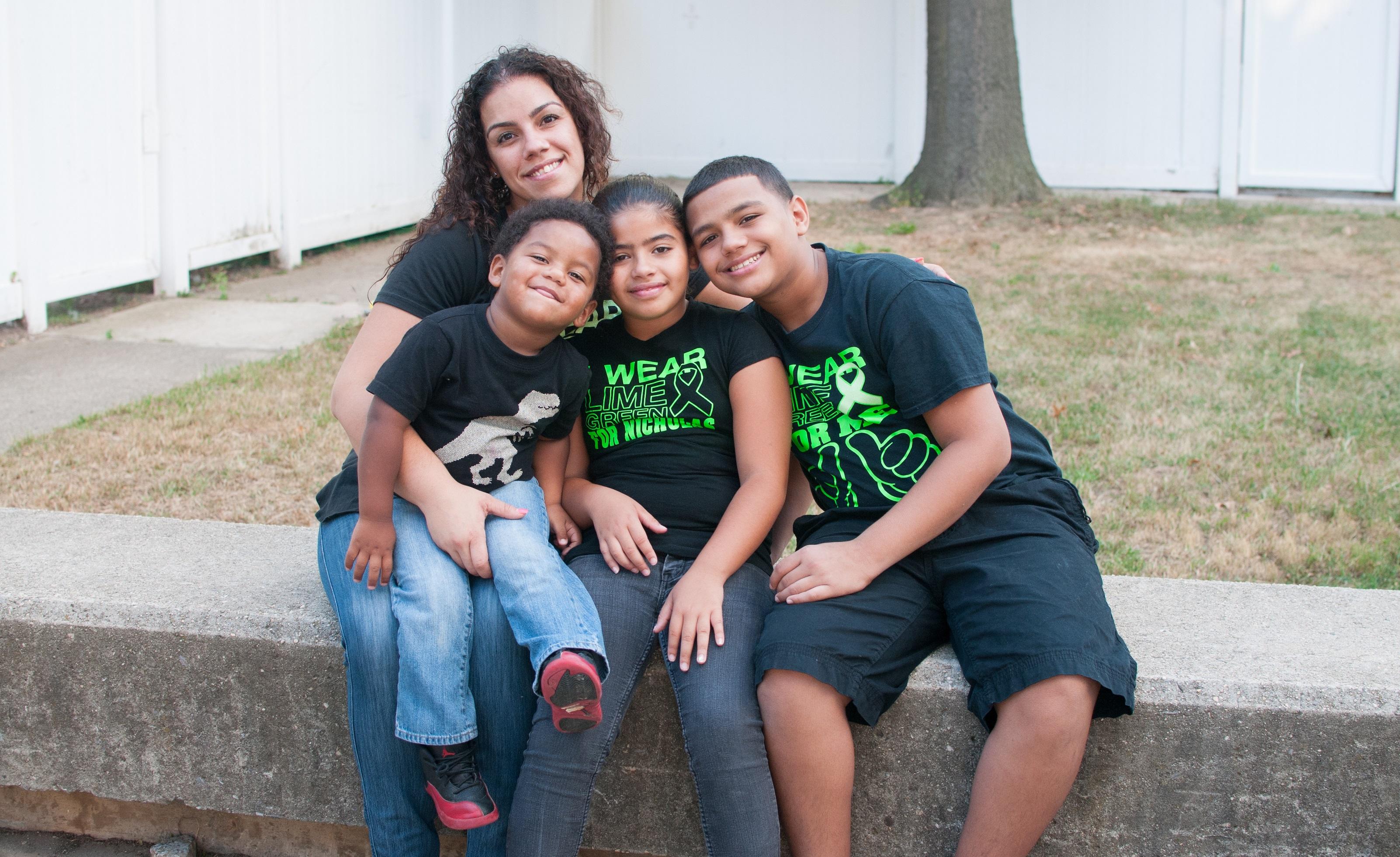 Things Changed in the Blink of an Eye 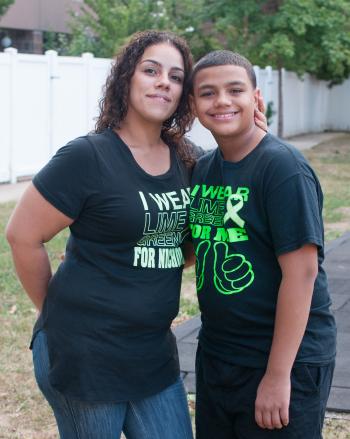 Rosa was a single mother, raising three young children alone in New York, barely getting by. And then things changed in the blink of an eye. Thirteen year old Nicholas had a swollen cheek. Mom just thought it was a tooth abscess or infection. Since she couldn’t get an appointment with the dentist right away, he was taken to the pediatrician and “it was a nightmare from that day on,” says Rosa.
Nicholas was diagnosed with Hodgkin’s Lymphoma and things moved very quickly. In talking about it now almost a year later, Rosa still gets very emotional. She works for a medical oncologist so she knew the severity of the situation, but her employers were a huge help to her and made sure she got Nicholas to Sloan Kettering right away.
With the diagnosis confirmed, “my whole world crashed down. I’m usually a very strong person who can handle anything or solve any situation, but I couldn’t control this,” she says. “I was scared for his life. He’s my little baby. No matter how old they are. He’s still my little baby I brought home from the hospital.”
That her baby would survive this terrible disease was her first worry. But then reality set in. When the doctor told her that as Nicholas started chemo, someone would need to be with him all the time, Rosa knew it fell on her alone. She had to take time off of work and, with no income coming in, that became a new worry.  “I didn’t know what to do. It was a nightmare. The worst thing I have ever been through in my life.”
The social worker at Sloan Kettering referred Rosa to Friends of Karen for help. “Friends of Karen took such a huge load off of my shoulders. They did a lot. I would have lost my car [which she needed to take Nicholas to treatments], my house. I had no savings, no credit cards to fall back on. Friends of Karen helped me stay on track and keep our house.” In talking about Sage, her social worker, and Melinda, the family’s sibling support specialist, she said, “I couldn’t have done it without them…” Sage was “an angel from heaven. She didn’t just provide financial support. She provided emotional support. She would do anything to put a smile on our faces. She sat through a chemo session with Nicholas and me and just kept me company. All these things mean so much.”
During all of this, Nicholas was strong. Rosa said that from the beginning Nicholas knew something was wrong. Rosa was a mess and he knew that she was never that way. He’s a smart kid and once he heard someone throw out the word “malignancy” he googled it and knew he had cancer. He asked all the common questions; the first one being “Am I going to die?” But then he pulled himself together for his mom. “It’s what I have to do,” he said. Rosa said he didn’t let it break his spirit at all throughout his treatment.
All her children are close, but while Kairo was just a baby at the time, now 9-year-old Leah knew things weren’t right. She knew that Nicholas was sick and was spending time in the hospital. It was Nicholas who ended up telling Leah that he had cancer. While both Nicholas and Leah knew a little bit about the disease from an aunt who had survived breast cancer, this was a much scarier prospect to both of them. It was helpful to Leah when Melinda brought books and dolls and was able to explain things more in depth to her than Rosa had been able to.
Nicholas just finished his treatment in May and had his port removed just in time for his birthday. He’s gained his weight back and his hair and eyebrows have returned. “He looks like my son again,” says Rosa. He’s doing well. But he needs to get scans every 3 months for the first 2 years, which is anxiety producing for the whole family. But things are looking up and things are returning to normal.
“The work you guys do is absolutely amazing. Until I was in this situation myself, I didn’t realize how important this is…It’s so hard to explain in words how grateful I am to Friends of Karen. I would have had a thousand percent more stress. Friends of Karen allowed me to focus on getting my son better rather than how am I going to feed my family. You gave me peace of mind.”